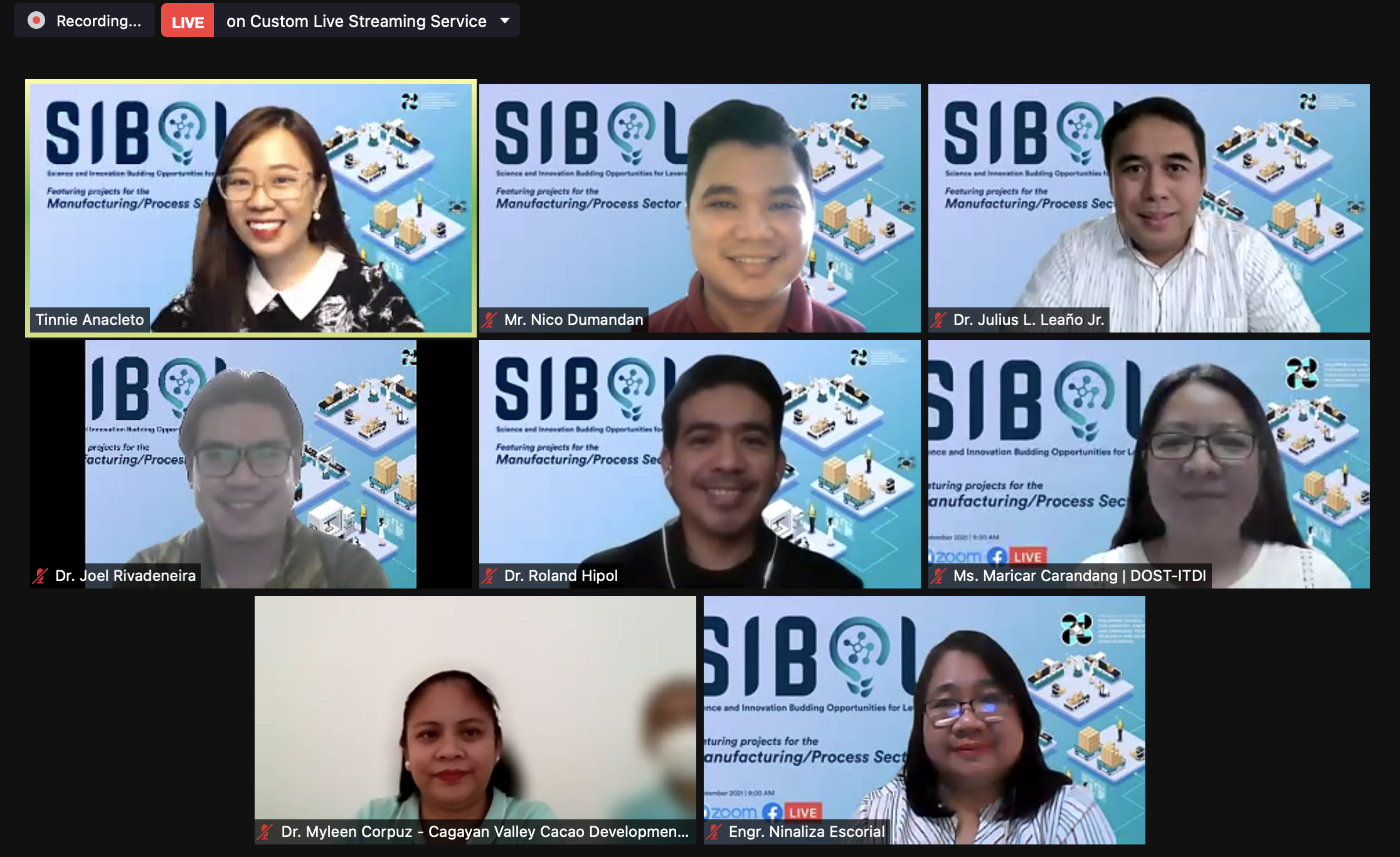 The Department of Science and Technology Philippine Council for Industry, Energy and Emerging Technology Research and Development (DOST-PCIEERD) on Monday (September 6) unveiled 20 newly approved projects for the manufacturing and process sector in a bid to help businesses grapple with the effect of the COVID-19 pandemic.

DOST-PCIEERD Executive Director Enrico Paringit expressed optimism in the new projects presented during the fifth leg of SIBOL and remarked how it could transform the manufacturing landscape to better thrive under the challenging conditions presented by the pandemic.

“We need to take a technological and scientific approach in dealing with the pandemic and innovative solutions through these new projects have shown that it can provide the necessary mechanisms to make progress,” Paringit said.

Among the projects launched are:

SIBOL is a monthly presentation to the public of new projects and programs that DOST-PCIEERD is funding and creates awareness on the promising new projects and their potential impact to society.

Paringit enjoined the public to watch out for these new projects as they take shape in the coming months.

“As a leader and partner in enabling innovations, we encourage the public to be on the lookout for these new researches we are investing in.  We will continue in our pursuit of providing support to the manufacturing and process sectors and help them recover and bounce back in the new normal,” he said.

Implemented by the Department of Science and Technology – Philippine Council for Industry, Energy and Emerging Technology Research and Development (DOST-PCIEERD) from 23 to 27 August 2021 via Zoom Videoconference. The 21 ASEAN delegates from Cambodia, Indonesia, Cambodia, Philippines, and Singapore were able to complete the online training course and learned about the most recent advances in AI, available technologies to create more innovations, and how to use AI for various applications.

“Learning about multi-tasking AI arms ASEAN countries with ample knowledge to employ AI tools in a gamut of applications or tasks, this allows seamless image and speech recognition, translation and sentence analysis, and many more game-changing processes. This is the Philippines’ contribution to the ASEAN and the world in spurring sustainable economic development,” said Project Leader and DOST-PCIEERD Executive Director Dr. Enrico C. Paringit.

These are the specific topics that the participants learned through lectures and hands-on exercises in a collaborative environment:

The DOST-Advanced Science and Technology Institute (ASTI) provided support in the conduct of activities, specifically in the use of the CoARE facility for the data, DOST’s high-performance cloud computing facility that allows free access of its services to Filipino students, researchers, and data analysts.

After the training, the ASEAN participants shared their AI initiatives in their respective countries and possible areas for collaboration.

“As a leader and partner in enabling innovations in the Philippines, DOST-PCIEERD also sees to it that it uplifts the Asian region through the online training on

Breaking the language barrier with Marayum, the web dictionary for Philippine languages

Motivated by a mission to preserve and save endangered Filipino Languages, a community-built online web dictionary platform was developed through Project Marayum by a team of computer scientists and linguists as led by Mr. Mario Carreon, Assistant Professor of the Department of Computer Science at the University of the Philippines – Diliman.

Funded by the Department of Science and Technology (DOST) and monitored by the Philippine Council for Industry, Energy, and Emerging Technology Research and Development (DOST-PCIEERD), the project sought to produce an online language dictionary which can be modified by registered members of a specific community who mainly utilizes the language.

During its initial development, the first dictionary uploaded was the Asi-English language dictionary. Revisions to the dictionary are allowed only to registered Asi language speakers with entries reviewed by a group of assigned language experts.

Project Marayum was built through a collaborative effort of different communities. As an online dictionary platform for Philippine languages, it aims to empower native language speakers to create and curate an online dictionary of their language without needing to have technical expertise in website design, implementation, and maintenance.

On the other hand, DOST-PCIEERD Executive Director Dr. Enrico Paringit expressed support to the project which paved the way for further communication through innovative solutions. He underscored the project's importance in celebration of Buwan ng Wika.

"The national language is as symbolic as the country's own freedom, giving it its unique identity as a sovereign nation. This Buwan ng Wika, we can also celebrate other local languages in the country through this project," Paringit said.

Other dictionaries are currently being collated using Marayum which include Bikol-Buhi’non, Bikol-Central, Bikol-Rinconada, Masbatenyo, Kapampangan, Chavacano, Gaddang, Inakyeanon, Waray, and Ilocano with corresponding English translations. All the dictionaries are being managed by their communities and assigned linguists. 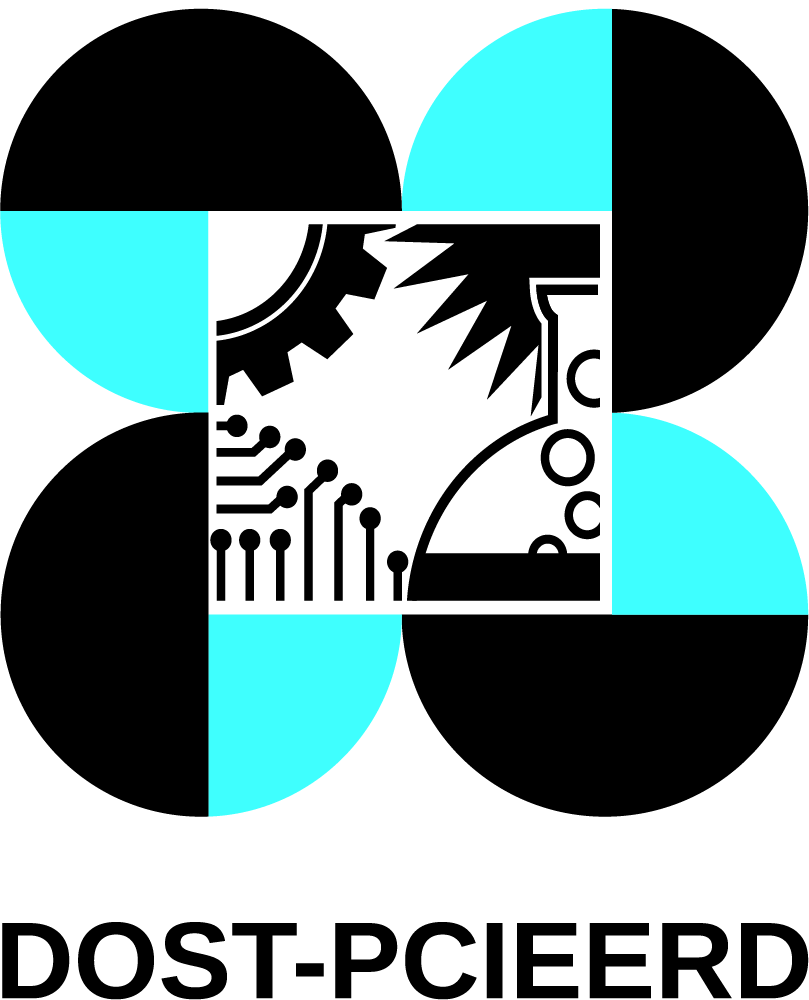 As a nod to initiatives in the scientific field communicated in the Filipino language, the Komisyon sa Wikang Filipino (KWF) awards the Selyo ng Kahusayan sa Serbisyo Publiko to the Department of Science and Technology – Philippine Council for Industry, Energy and Emerging Technology Research and Development (DOST-PCIEERD).

DOST-PCIEERD will receive the prestigious award in KWF’s virtual event on August 31, in celebration of the Buwan ng Wikang Pambansa.

KWF established the Selyo ng Kahusayan sa Serbisyo Publiko in 2016 to recognize government agencies and local government units (LGUs) that have shown excellence in the use of the Filipino language in serving Filipinos.

This year, KWF focused on the use of Filipino in the social media posts and campaigns of agencies and LGUs.

DOST PCIEERD supports the advancement of the Filipino language through research and development projects like:

The Innovation Council also uses the Filipino language in its social media pages for announcements and sharing information about breakthroughs in its researches. 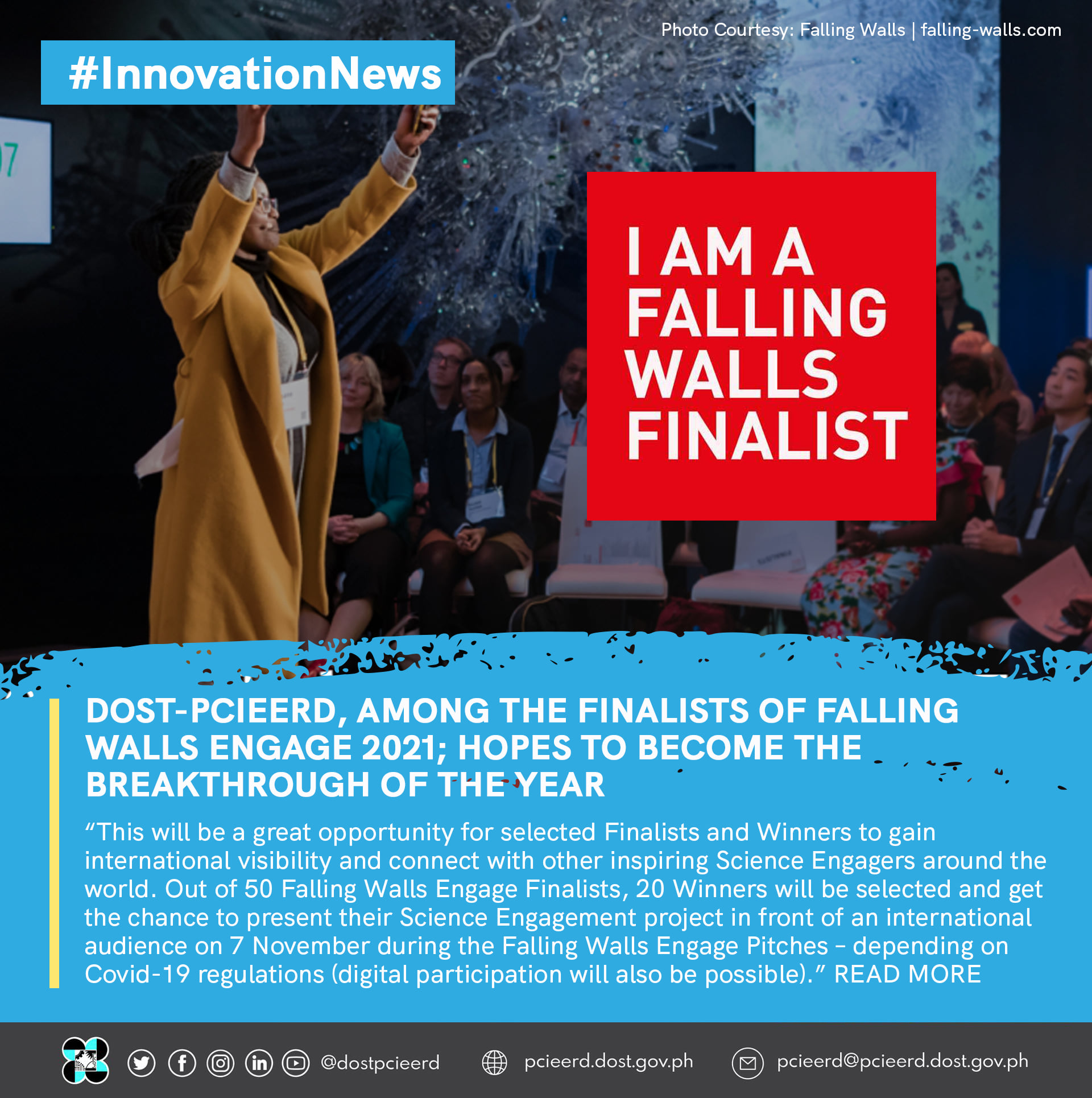 Out of the 189 competitors from around the world, DOST PCIEERD is among the Top 50 Finalists in the international tilt and will be vying to be included in the Top 20 winners which will be selected by the Fallings Walls Advisory Board composed of renowned scientists, communicators, and consultants with a variety of backgrounds and a shared expertise in the evaluation of science engagement projects. This will be announced on August 18 to 23, 2021. From the Top 20 winners, a Breakthrough of the Year will be selected during the Falling Walls Conference in November 2021.

The partnership between DOST-PCIEERD and TikTok was forged in 2021 to promote science and technology specifically through the Pinoy Science TikTok account.

Through the collaboration, Filipinos were trained to use the social media platform for science communication, Filipino-made technologies were promoted, and hashtag contests such as the #PinoyInnovator challenge was conducted.

“We thank Falling Walls for this recognition, and we share this award with the game-changing innovations that our researchers come up with and share in this innovative platform.  We thank TikTok for this partnership and giving us a channel to share to the world Filipino ingenuity,” DOST-PCIEERD Executive Director Enrico C. Paringit said.

The Top 20 winners of the Falling Walls Engage Competition will get a chance to present their project on stage of the Falling Walls Conference in front of an international audience of global leaders in science, politics, business, and the media, which will also be the first in-person gathering since the pandemic erupted. This will take place in Berlin, Germany from November 7 to 9, 2021 on the anniversary of the historic fall of the Berlin Wall.

Falling Walls Engage is the global platform for science engagement, hosted by the Falling Walls Foundation in cooperation with the Robert Bosch Stiftung, which aims to provide a better understanding and public involvement in science that can help tackle global societal challenges through fact-based decision-making and contribute to the overall wellbeing of the society.