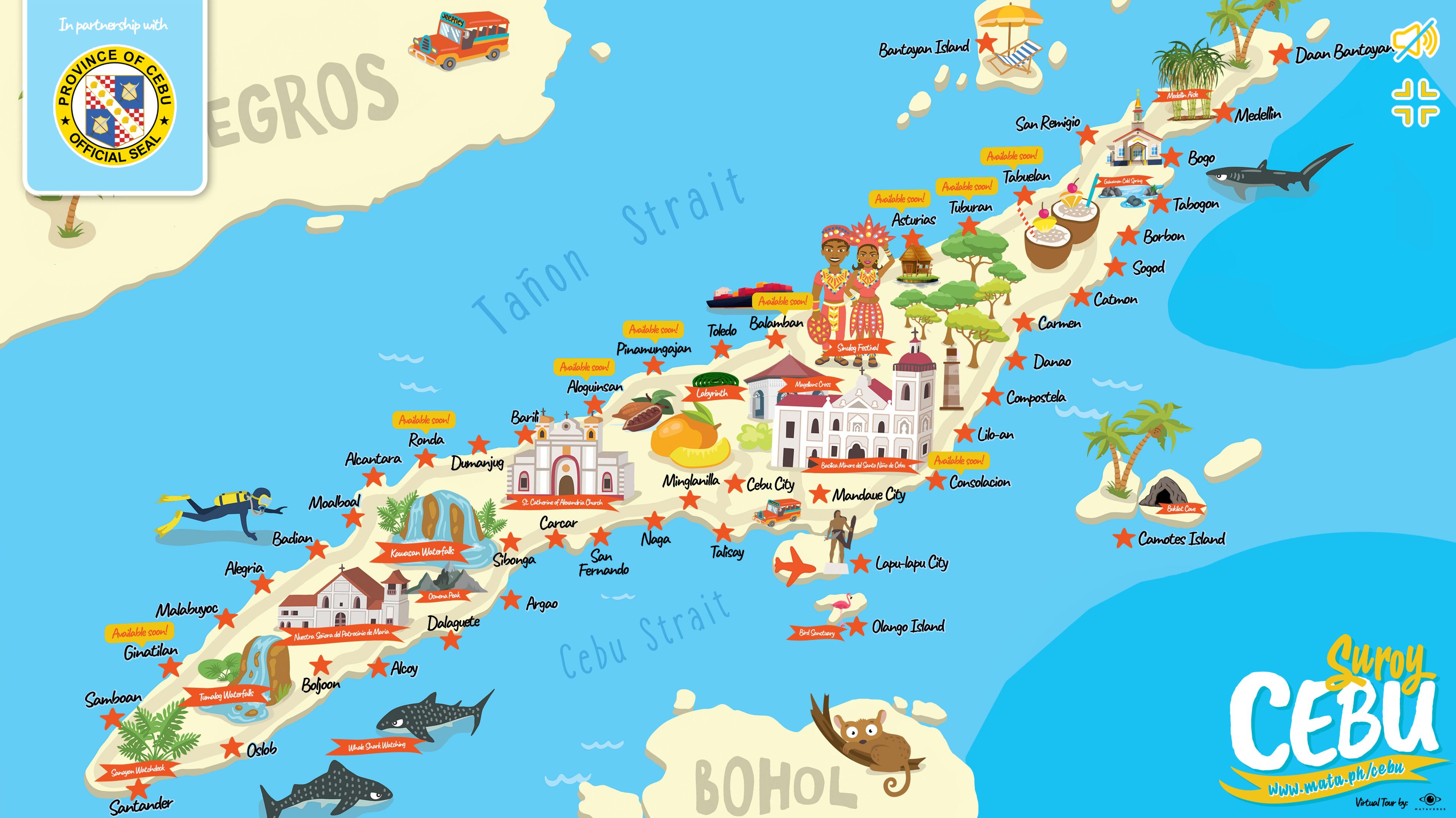 Ever wanted to travel to Cebu but the constant lockdowns keep hampering your plans?

Worry no more because a local startup company has been employing Virtual Reality (VR) technology to provide a 360° view of the famous beaches and tourist attractions in the province.

Mataverse, a startup corporation that specializes in the application of VR and 360° Media in business, creates solutions in different business areas to address challenges in the marketing landscape.

Through the Technology Innovation for Commercialization (TECHNICOM) Program of the Department of Science and Technology (DOST), Mataverse optimized its VR kit, which includes a web-based Virtual Tour builder and Mobile Virtual Tour Application, to jumpstart the enterprise VR ecosystem in the Philippines and bring Filipino innovation to the global technology landscape.

Mataverse combined both its technological expertise and deep understanding of the market, especially MSMEs, and enable them to control, promote, and customize VR to fit their business endeavors.

The mobile development platform allows for a more feasible symbiosis between the use of VR in the enterprise industry and the mass consumer market.

Mataverse is a startup endorsed by the DOST Philippine Council for Industry, Energy and Emerging Technology Research and Development for funding by the Technology Applications and Promotions Institute – Technology Innovation for Commercialization project.

DOST PCIEERD Executive Director Dr. Enrico C. Paringit encouraged citizens to avail of the services of Mataverse and see the world in the new normal.

“May Mataverse may serve as an inspiration for us to pursue more collaborations with startups who will lead the future of innovation in the country.  Solutions and opportunities await for innovative startups who would like to thrive in the new normal and DOST PCIEERD is here to guide them,” he said. 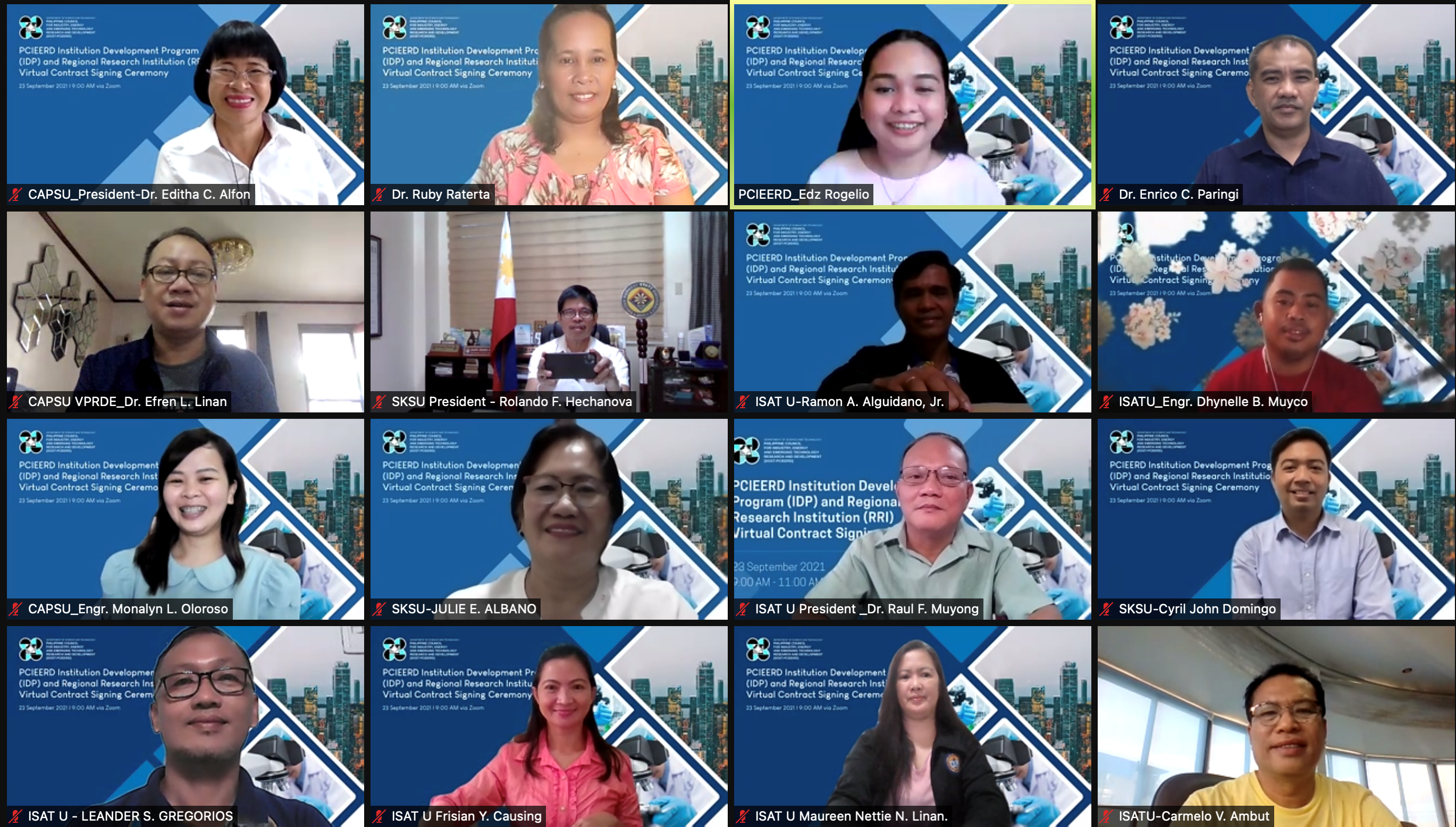 The Department of Science and Technology – Philippine Council for Industry, Energy, and Emerging Technology Research and Development (DOST-PCIEERD) will be putting up three new laboratories and funding five research projects in various regions in the country.

Under the Institution Development Program (IDP), the three new research laboratories are:

Under the Regional Research Institution (RRI) program, the projects are:

DOST-PCIEERD Executive Director Enrico Paringit commended the project leaders in their zeal to uplift the R&D capabilities in these priority sectors in their respective regions in a pursuit to improve S&T research through their projects.

"These capacity building programs under the Human Resource Development Program (HRDP) continues to advance and strengthen Filipino R&D in keeping up with the times," Paringit said.

Under the HRDP, the IDP provides support for upgrading of research laboratories and facilities of academic and research institutions where there is an inadequacy of research expertise and/or facilities. It prioritizes new institutions in the regions which have limited capacities to conduct R&D.

As part of its support, it upgrades and/or sets up research laboratories, purchases laboratory equipment (including highly specialized software)/facilities and small research grants aimed at developing research capabilities.

On the other hand, the RRI is designed for new researchers and new institutions in doing R&D in the regions. Its goal is to develop research capabilities and increase the available researchers, scientists, and engineers in the PCIEERD priority sectors through regional consortia program.

It may be recalled that the three (3) countries/institutions have pushed for sustainable development initiatives in Southeast Asia by urging researchers to submit proposals for their multi-funder initiative that focuses on networking and partnership, building outreach and dissemination, demonstration and pilot activities, and working towards the Sustainable Development Goals (SDGs).  The Call was launched last November 2020, wherein, DOST received a total of six (6) proposals in February 2021.

After a rigid domestic evaluation process, the Philippine-endorsed proposals were elevated to the Joint Technical Panel Review. Following the recently concluded Funders Meeting, the management officials from the 3 institutions approved for funding these two (2) proposals.  The Philippine government will provide a maximum budget of Php 5 million per project, implemented for one year.  This will be complemented by ¥5,000,000 (approximately Php2.3M) from JST, and an in-kind contribution from the UKRI.  The projects are expected to start by October/November of this year. 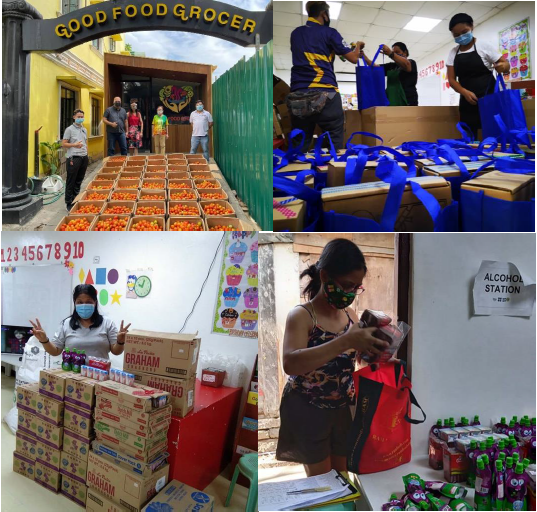 The Department of Science and Technology (DOST) expands its food banks in Taguig and Bacolod City to provide a more scientific approach in addressing food security and malnutrition of the most vulnerable Filipinos.

Dubbed as the Good Food Grocer, the first food bank was opened in May 2018 in Taguig and has now expanded to Bacolod City with Mingoy mobile food bank to improve food security, dietary diversity, and caloric intake of nutritionally at-risk pregnant and lactating women, children, and indigent families under the dietary supplementation program (DSP).

This was made possible through Rise Against Hunger Philippines (RAHP) organization with support from the DOST amounting to PHP9.4 million and in partnership with the Negrense Volunteers for Change Foundation (NVC).

Food banks accept food donations from food manufacturers and retailers, hotels, restaurants, farms, as well as good Samaritans and then distribute these goods to the individuals who are enrolled under the DSP. Each food bank has a kitchen with ample space for proper storage of raw and stock ingredients so that volunteers can cook food for their daily distribution to food pantries, feeding programs in schools, orphanages, emergency shelters and even the homeless people. Additionally, food banks have grocery stores with nutritious food products at an affordable price.

On the other hand, the development of food donation mobile phone application is currently ongoing to reach a wider variety of donors. The app permits the donors to post the details of their donations and let the food pantries either accept or deny the goods.

For sustainable food banking system, RAHP supports the urban farming project in Taguig City known as Good Food Farm (GFF). The urban farm celebrated its first-year anniversary last January and has since expanded its produce. It serves as a source of income diversification activity for the target beneficiaries of food bank and dietary supplementation program.

"We are confident that these food banks will help improve the nutritional needs of the communities they serve and contribute to alleviate the hunger of those who are adversely affected by the pandemic," he said. "We hope for more technology-based and systemic solutions to achieve zero hunger in the Philippines," Paringit continued.

Ensuring food security, RAHP has also joined Pilipinas Kontra Gutom (PKG). It is a national, multi-sectoral anti-hunger movement composed of more than 70 private and public sector partners that will work together on various programs with a common goal to addressing involuntary hunger and malnutrition in the Philippines.

In 2020, RAHP received a total of P191 million with 50 percent coming from the food manufacturing industry.  Majority of food donations are on rice, bread, noodles, tubers, and cereals, followed by milk, dairy products, and egg. Other food donations include canned goods and snacks.

The RAHP foodbank is the only foodbank in the country that is a member of the Global Foodbanking Network. GFN is an international nonprofit that works towards a hunger-free future in more than 40 countries by sustaining, uniting and strengthening food banks. GFN believed that food banks are an integral and viable solution in empowering the world to defeat hunger and change lives.

RAHP Director Jose Mariano Fleras said that amid the public health emergency announcement, project activities were still implemented by integrating COVID-19 protocols to all activities such as online courses and distribution of goods for beneficiaries who lost their access to food due to the current pandemic.

“As the pandemic adds fuel to the fire of this growing hunger crisis, our food banks will continuously provide the needed assistance. We are mobilizing food manufacturers to donate their surplus inventory and distribute it to those in need. We are currently distributing food in different areas of Metro Manila and the provinces of Isabela, Laguna, Pangasinan, Negros Oriental, Cebu, Iloilo, Misamis Oriental, and Davao,” he said.

RAHP ensured that food distributed in DSP areas and other food bank beneficiaries are safe to eat by following the nutrition and food safety guidelines for food banking system.

“In many parts of the world, food banking has been proven as effective in addressing food and nutrition insecurities. This research grant from DOST will be able to scientifically prove the impact of food banking,” Fleras added.

In the coming months, the team targets to enhance their food distribution system and forge new partnerships with possible donors and organizations. To engage with them, send an email to This email address is being protected from spambots. You need JavaScript enabled to view it..