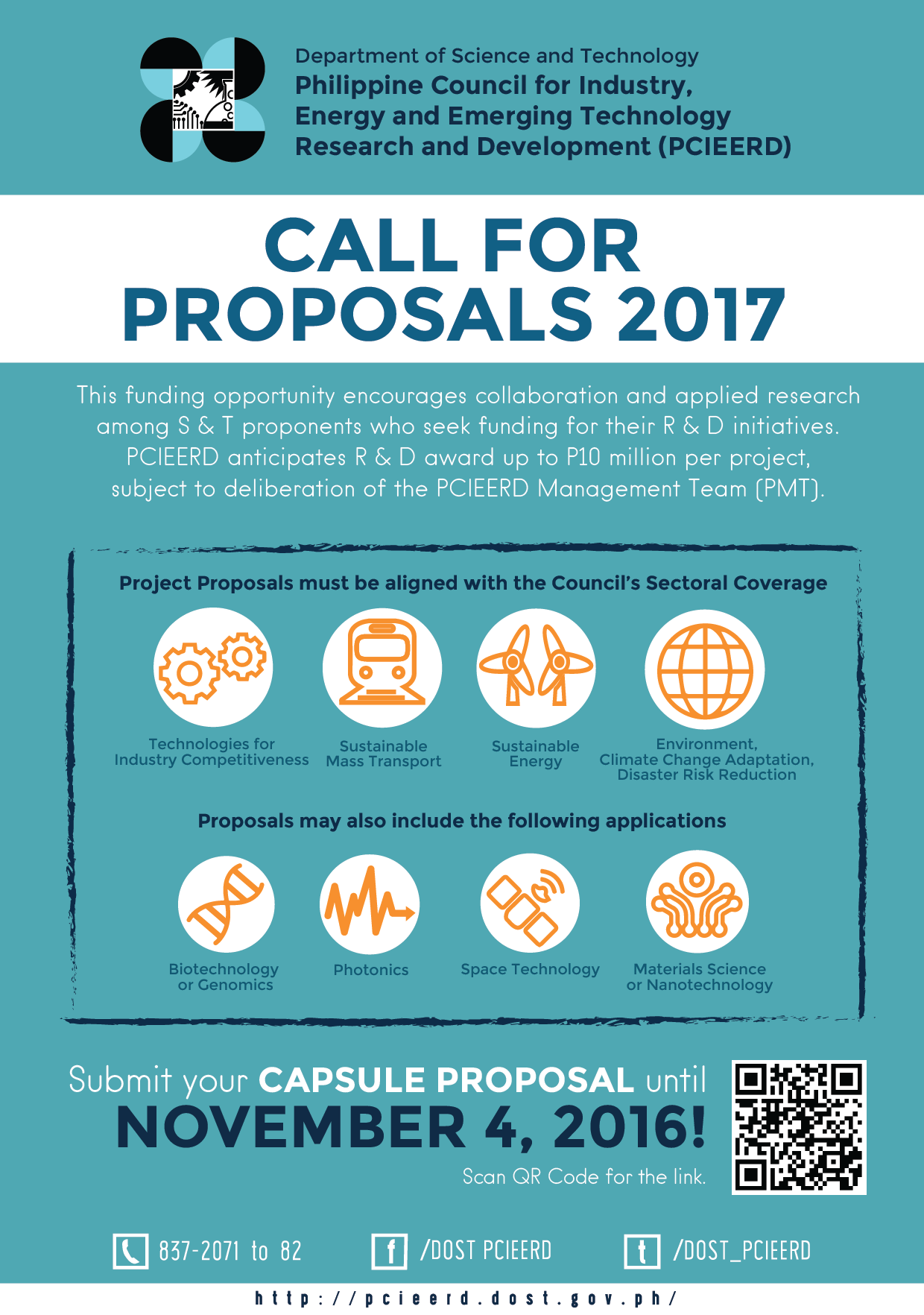 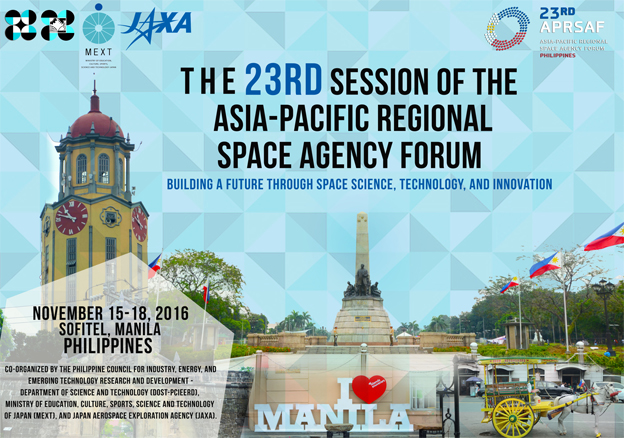 The registration for the 23rd session of the Asia-Pacific Regional Space Agency Forum (APRSAF-23) with the theme “Building a Future through Space Science, Technology and Innovation.”, which will take place from 15 to 18 November 2016 in Sofitel Manila, Philippines is now open.

The High Precision Telescope (HPT), one of the four cameras onboard DIWATA-1, the Philippines’ first microsatellite for scientific earth observation, has successfully captured various images during the satellite’s test phase. The camera is able to capture images with a ground resolution of 3m at nadir (or lowest point) which is the highest resolution attained by a microsatellite in the 50-kg class. This was disclosed by the Advanced Science and Technology Institute (DOST-ASTI) and the University of the Philippines Diliman (UPD) which have been collaborating with Japan’s Hokkaido and Tohoku Universities for the operation of DIWATA-1.

To celebrate its 6th anniversary, the Philippine Council for Industry, Energy and Emerging Technology Research and Development of the Department of Science and Technology (DOST-PCIEERD) held two events in Angeles, Pampanga last June 28-29. The events revolved around the theme “Hatid ng Agham at Teknolohiya, Kaunlaran ng Bawat Isa” which focused on delivering PCIEERD-funded technologies to interested investors, technology adopters, and other intended beneficiaries.

Now on the third quarter of its second year, the project  “Nanostructured Electrocatalyst Composites for Direct Ethanol Fuel Cell (DEFC)”, funded by the  Philippine Council for Industry, Energy and Emerging Technology Research and Development (PCIEERD)  of the Department of Science and Technology (DOST) is getting promising results. Worked on by a group of researchers from the University of Sto. Tomas under the leadership of Dr. Bernard John Tongol, the project’s objective is to produce a low-cost but effective ethanol-powered fuel cell. The team aims to do this by creating a membrane electrode assembly (MEA) with synthesized anode-cathode materials which uses alternatives for the fuel cells available commercially. Once the DEFC prototype is completed, it will be used to come up with an LED lamp which can be used for emergency response purposes during power blackouts after natural disasters.

Dr. Tongol pointed out that the fuel alone; that is,  ethanol,  has numerous benefits compared to the usual fuel cell. Ethanol is a renewable resource that can be produced from agricultural waste. This means that as long as there is a supply of ethanol, the fuel cell will continue to supply energy. Dr. Tongol said that, compared to other chemicals commonly used as fuel for fuel cells such as methanol and hydrogen, ethanol is less toxic and can be handled more easily. On the other hand, the team replaced the platinum-based anode-cathode catalysts with substitute materials. Palladium was used as substitute for the anode catalysts and non-precious metals such as cobalt and iron for the cathode catalysts.

Using the test station housed at the fuel cell testing center in the university, Dr. Tongol's group is evaluating the performance of the Pt- and Pd-based anode catalysts to come up with optimized conditions suitable for the electronic circuit design of the prototype. Meanwhile, the electrochemical performance of cobalt- and iron-based cathode catalysts revealed promising results using cyclic voltammetry. The electrochemical stability and fuel cell performance of these new materials are currently being investigated.

In the next quarter, the team is scheduled to work on the design and development of DEFC-powered emergency LED prototype. The research is expected to be completed in November this year.