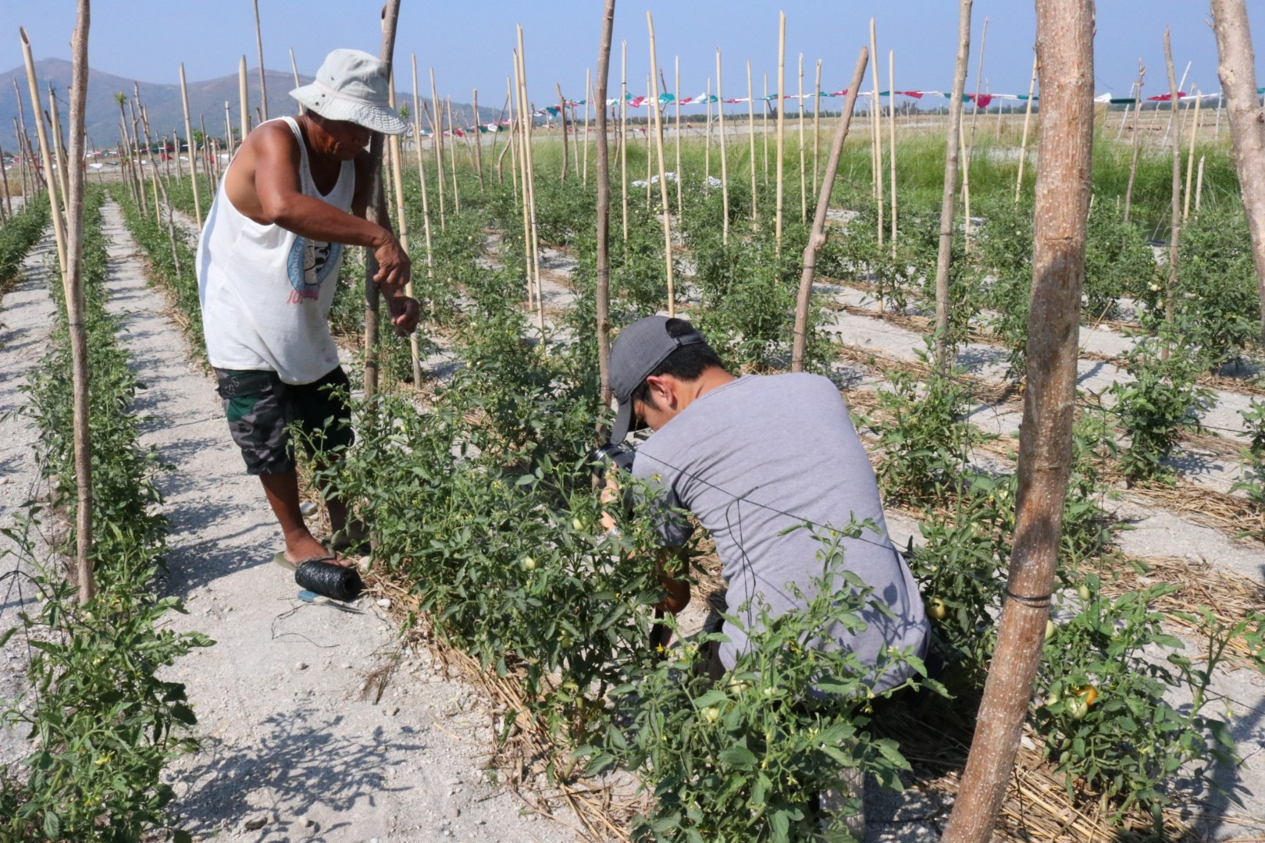 Researchers from the Central Luzon State University has helped farmers from nine (9) lahar-laden barangays in Zambales find suitable crops for their land through research and development.

Funded by DOST-Philippine Council for Industry, Energy and Emerging Technology Research and Development (PCIEERD), the project aims to help in the rehabilitation of areas affected by Mt. Pinatubo in Zambales through science and technology based agricultural production technologies that enhance the productivity of the lahar-laden areas.

Farming households in the four barangays of Botolan, Zambales took part in the study to get an overview of their present farming system where in soil and farm resources were assessed.  The soil was analyzed with the help of experts from the University of the Philippines National Institute of Geological Sciences (UP NIGS).

On-farm testing and pilot testing of the production of selected crops were conducted to evaluate and showcase their productivity.

The research team planted tomato, eggplant, sweet potato, green corn, soybean, and peanuts in two demo farms built within the four barangays of Botolan, Zambales. This was replicated in the other barangays in Castillejos and San Marcelino.

The researchers identified potential crops and farming practices better suited to the areas including apt technologies.

A total of 63 farmers and technicians from local government units (LGUs) were trained and a manual on crop production practices in ash-laded areas was developed to guide them.

The team also came up with two research papers already submitted for publication, and a 2-year off-shoot project was also approved starting this year, with P3 million funding assistance from the Department of Agriculture Regional Office III (DARFO3). This new project will focus on increasing the income of farms through promotion and adoption of

DOST PCIEERD Executive Director Dr. Enrico Paringit sees the results of the project as a boost food security in the region especially with the scarcity of resources.

Paringit also enjoined industry players, agricultural groups, and other key stakeholders to engage with the council and help bring this technology to a wider populace.

“As leader and partner in enabling innovations, we hope that our industry players can help us reach more people.  We will be relentless in our pursuit of finding solutions and opportunities that can plant the seeds of innovation in our nation,” he said.