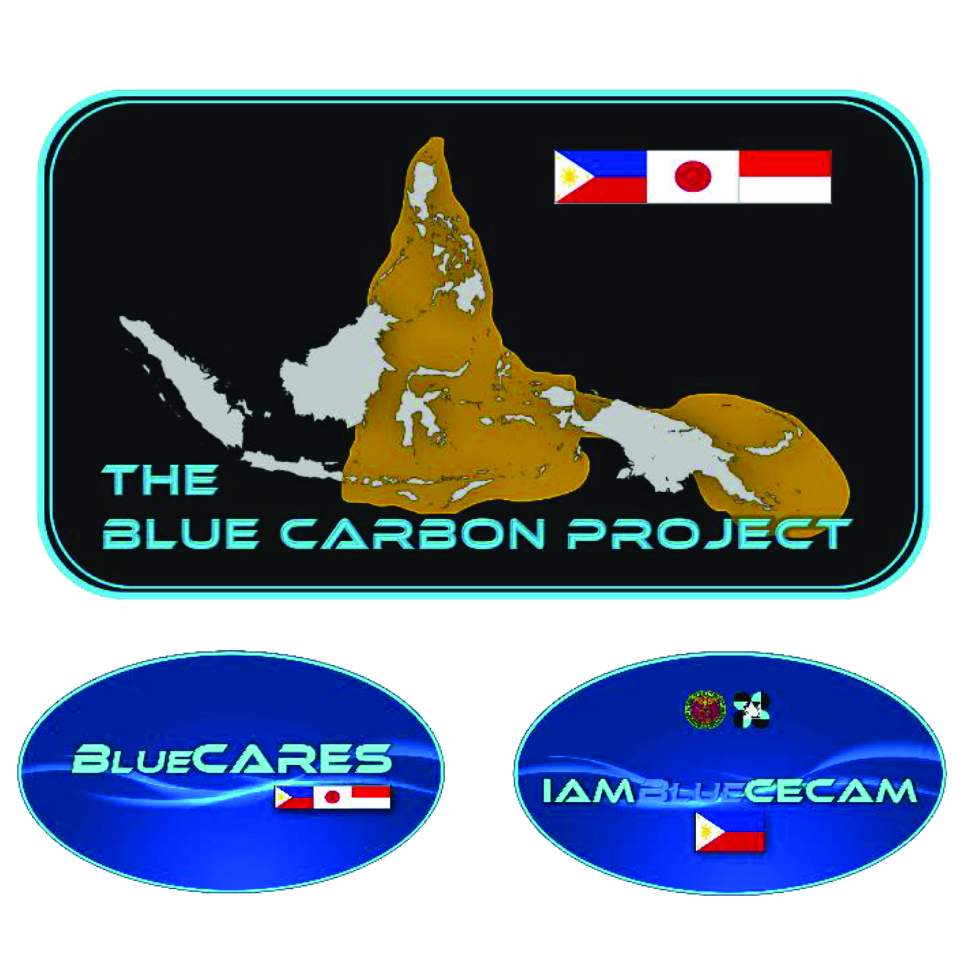 Harnessing the power of the satellite images, researchers from the University of the Philippines Diliman have created an online community-based assessment tool to assess the presence of blue carbon in coastal areas.

The Integrated Assessment and Modelling of Blue Carbon Ecosystems for Conservation and Adaptive Management (IAMBlueCECAM) program, led by Dr. Ariel C. Blanco and with funding support from the Department of Science and Technology - Philippine Council for Industry, Energy and Emerging Technology Research and Development (DOST-PCIEERD),  produced an accurate and detailed inventory of mangrove forests and seagrass habitats in selected pilot sites using remotely-sensed data and ground-based measurements as one of its major outputs. In addition to extent, blue carbon ecosystem zonation, species composition, and above-ground biomass were mapped using methodologies developed by the program.

The maps and other outputs, once used by local government units, can provide local officials information on the mangrove extent and species present in the area that they can use for its conservation and effective management. Study sites are Coron, Busuanga and Puerto Princesa in Palawan, Ibajay, Batan, and Kalibo in Aklan, and Banate Bay in Iloilo.

Blue carbon refers to the carbon captured and stored by the coastal ecosystems, specifically mangroves and seagrasses (also called carbon sinks), for million years. When these ecosystems are degraded, they release the captured carbon back to the atmosphere, greatly contributing to climate change. It is thus beneficial to everyone that our mangroves and seagrasses are conserved and protected.

“Local governments need to recognize the importance of these blue carbon ecosystems. Its non-use was valued at over P35 million per hectare in Puerto Princesa, Palawan--20 times higher than the use of its wood for fuel. We hope that this number alone can encourage our local communities and tourists to conserve these ecosystems given their value,” said Dr. Enrico Paringit, DOST-PCIEERD Executive Director.

The valuation of the non-use of the blue carbon ecosystems refer to the benefits received by the local community just through the presence of these ecosystems. Aside from serving as blue carbon sinks, mangroves serve as habitat for marine species and protect the communities from the damaging effects brought about by strong winds, hurricanes, and big waves; while the seagrass beds serve as nursery for fishes and stabilize sea bottom against intense waves.

Dr. Blanco calls on collective action to alleviate deterioration of these ecosystems, “these blue carbon ecosystems are heavily impacted by human activities, including coastal developments. The citizens can serve as monitors, sentinels, and scientists for the environment by gathering data, reporting their observations, and contributing knowledge towards crafting measures to arrest ecosystem degradation.”

Researchers have also developed a web tool that allows the public to contribute data on mangroves and seagrasses in the country. For now, interested communities can contact the UP Training Center for Applied Geodesy and Photogrammetry (UP-TCAGP) for collaboration or inquiries through 981-8500 local 3124.

The following maps were given to the local government units of Palawan, Aklan, and Iloilo for mangroves and seagrasses monitoring and management. 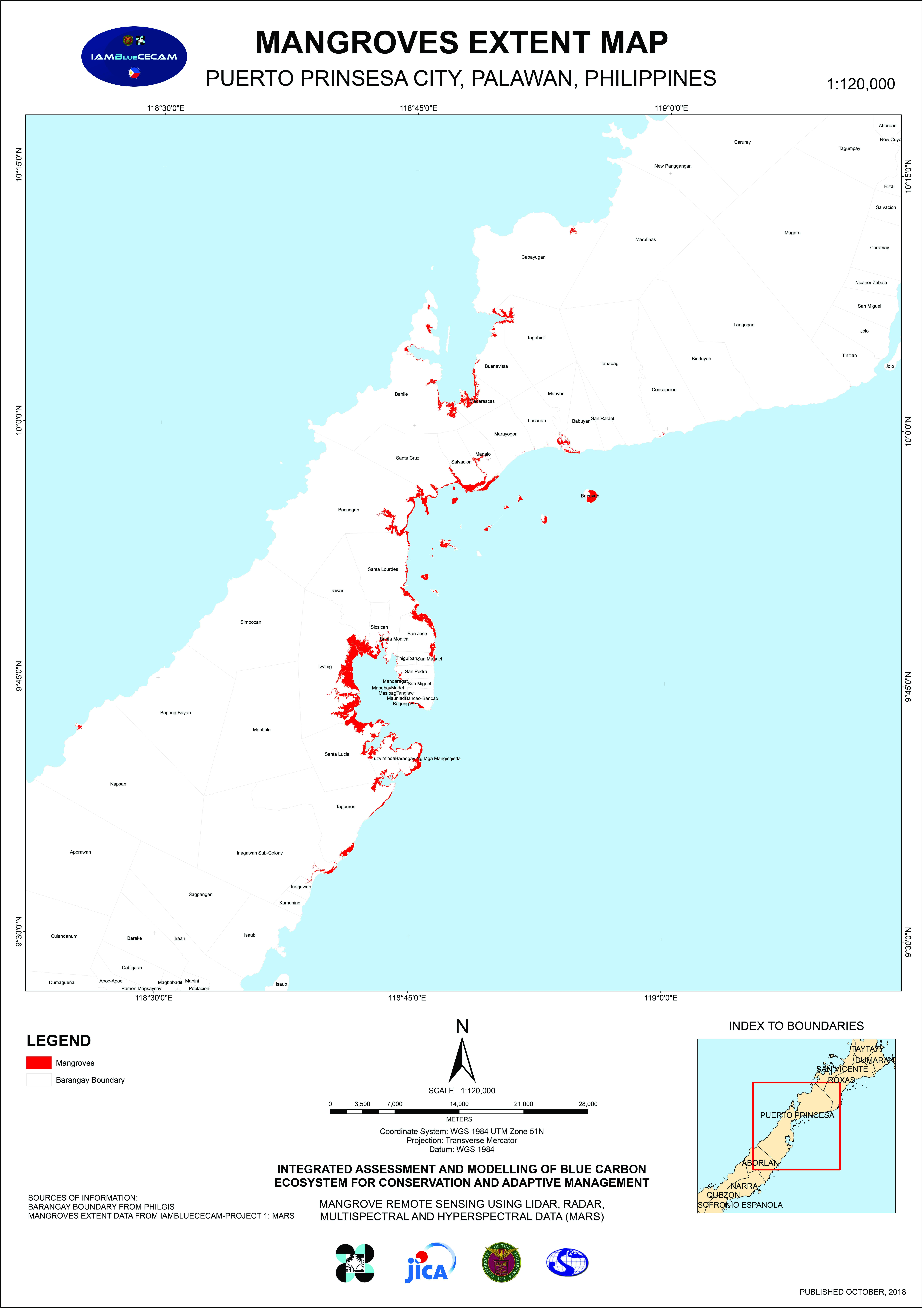 This map shows the extent of mangroves in Puerto Princesa (areas shaded with red) mapped through the MARS component of IAMBlueCECAM.

(Mangrove extent map refers to the spatial boundary of a mangrove forest regardless of the species composition, density, and percent cover.) 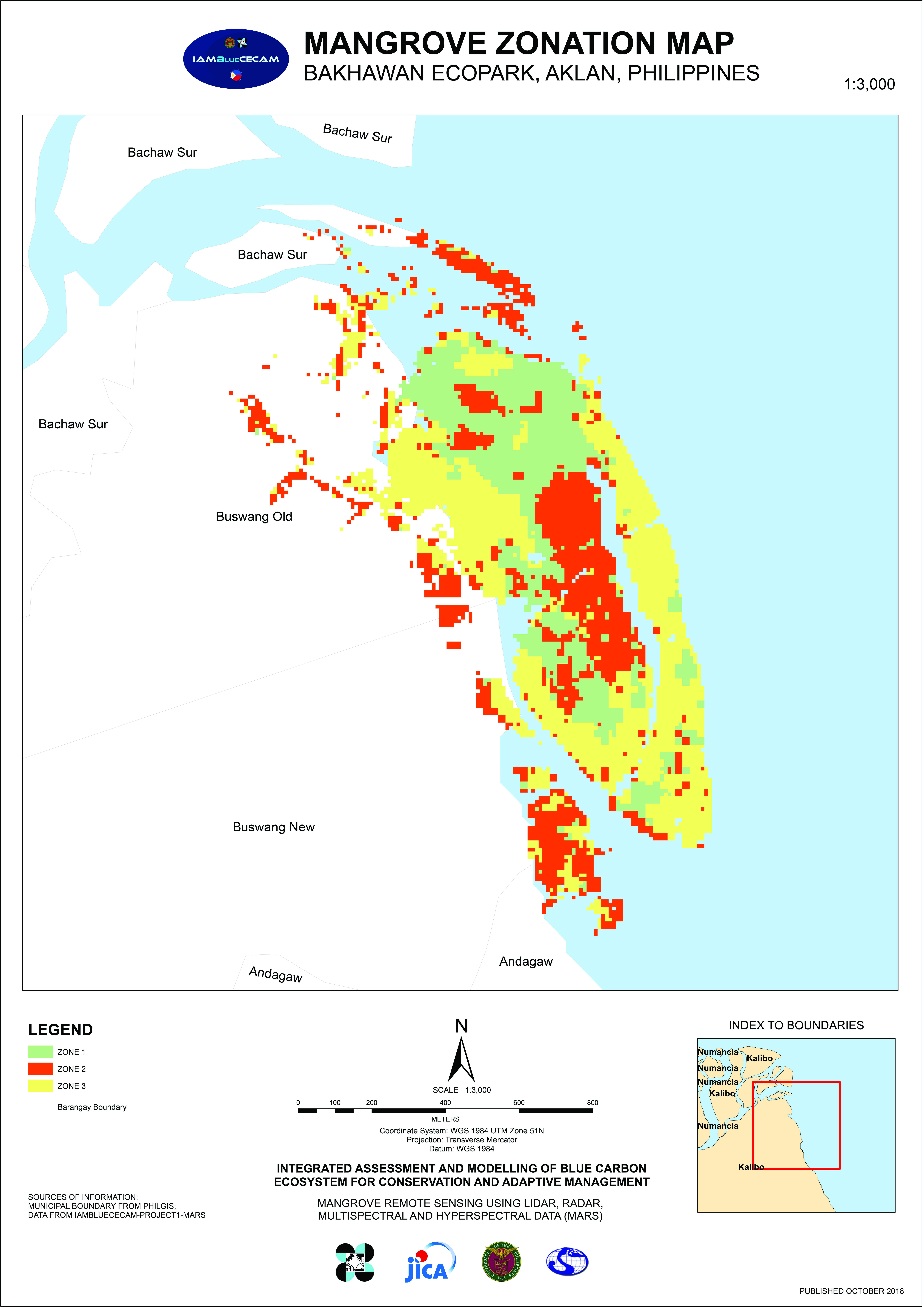 In this map of Bakhawan Ecopark, Aklan, IAMBlueCECAM was able to determine the location and species of mangrove present in the area. Green or Zone 1 refers to mixed mangroves; Red or Zone 2 are Rhizophora zone; while Yellow or Zone 3 are sparse/damaged mangroves.

(Through the Mangrove Zonation Map, similar family, genus, or species of mangroves were identified using the mangroves’ features such as location and zonation patterns and canopy properties.)