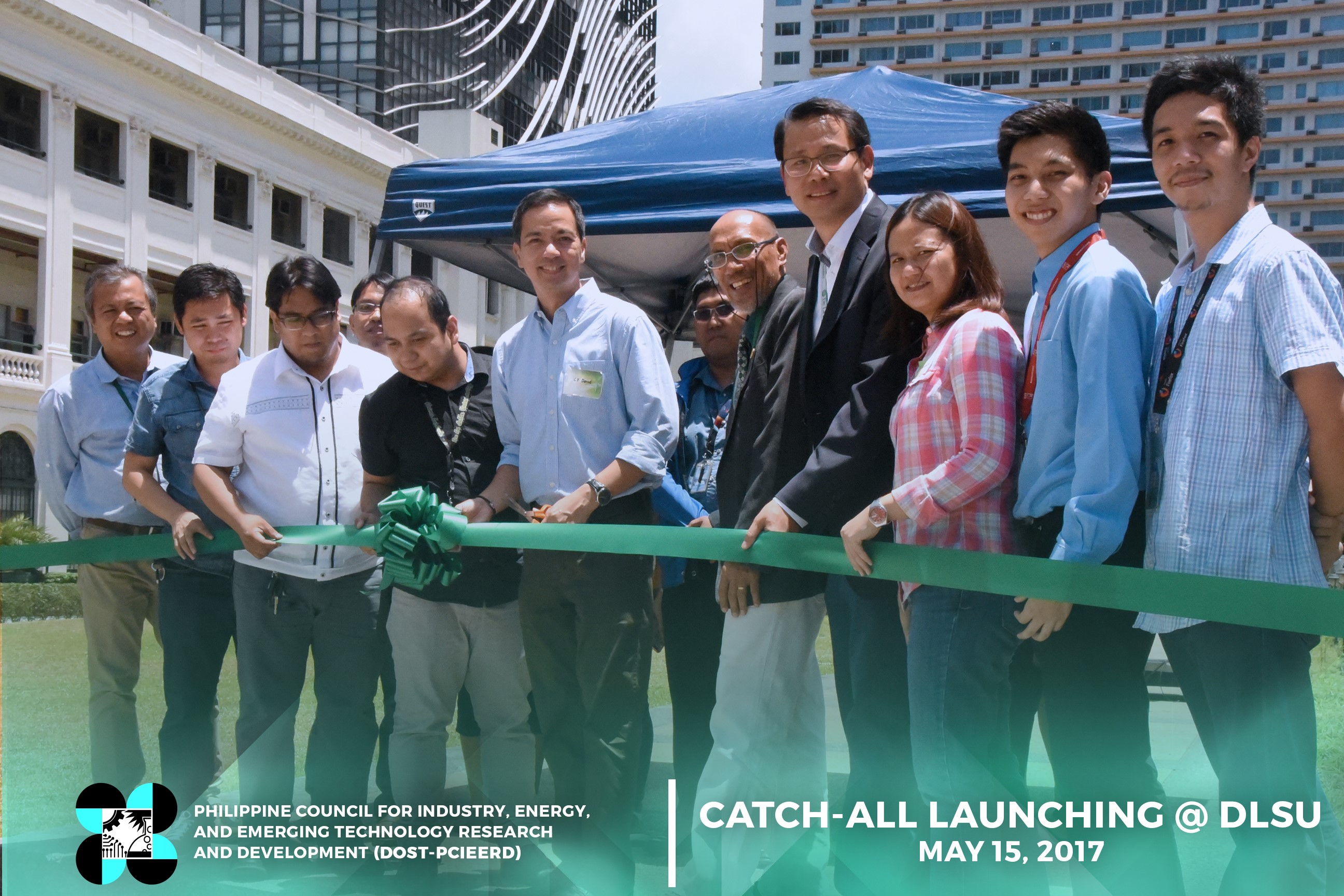 MANILA—The De La Salle University (DLSU), together with the Philippine Council for Industry, Energy, and Emerging Technology Research and Development (PCIEERD), launched the Contactless Apprehension of Traffic Violators on a 24-Hour Basis and All-Vehicle Detection System (CATCH-ALL) Project on May 15, 2017.

Dr. Elmer Dadios, Project Leader, said that there are two reasons for traffic congestion in the Philippines: one is due to volume of vehicles, and the other is behavior-based congestion. CATCH-ALL aims to solve the latter type, focusing on drivers’ behavior.

10 CCTVs were distributed around Manila to test the software. Two are located along Estrada Street beside DLSU accompanied by an LED Board that displays the plate number of vehicles and the violation it committed.

CCTV (left) and the LED Board (right) located along Estrada Street to try the Project’s output.

The CATCH-ALL software application can detect the following:

The City of Manila, the partner for implementation of the Project, recognizes the potential of CATCH-ALL as solution to its worsening traffic situation. Manila Traffic and Parking Bureau representative Julio Galang commended the Project for its enabling system that can detect violations that may be overlooked by traffic enforcers. He mentioned other plans to lessen traffic congestion in Manila such as turning to renewable energy sources using electronic trikes.

Through this partnership, the implementation of CATCH-ALL and the corresponding sanction for the violations will be strengthened around the City of Manila. Other potential partners are MMDA and LTO in order to enforce CATCH-ALL nationwide.

For now, DLSU, PCIEERD, and the City of Manila aim to make Manila the model city for Traffic Discipline Zone. In the long-run, PCIEERD Executive Director Carlos Primo David said that other cities will replicate Manila’s initiative to solve traffic congestion.