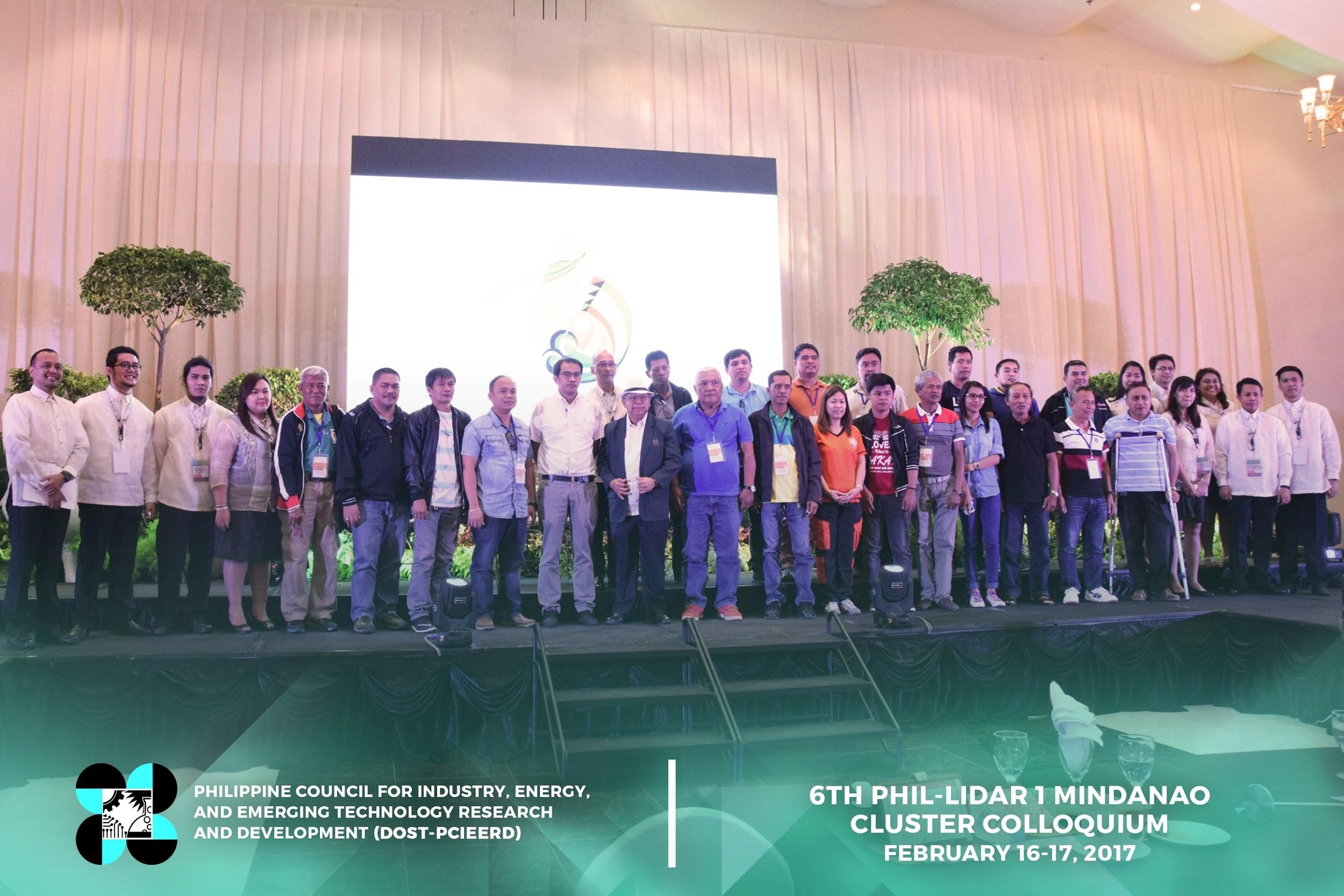 16 FEBRUARY 2017, ZAMBOANGA CITY--Ateneo de Zamboanga University (ADZU) hosted the 6th and the final Phil-LiDAR 1 Mindanao Cluster Colloquium with the theme 'Retrospect, Deliver, Realize'. It was attended by around 300 participants from the participating Higher Education Institutions (HEIs) and State Universities and Colleges (SUCs), Local Government Units from the Zamboanga Peninsula, and other National Agencies and NGOs.

The colloquium was opened by Father Richard Ella on behalf of Father Karel San Juan, SJ, President of Ateneo De Zamboanga University and was followed by a remarks from Zamboanga City Mayor Maria Isabelle Climaco-Salazar which was delivered by Zamboanga City Planning Officer Rodrigo Sicat.

In his keynote speech, Secretary Dela Peña gave an update on the plans of the Philippine Government for the upcoming years in the field of Science and Technology. He also told the story of how the approval of the Philippine Space Agency came about. He then noted that ‘we in DOST always think of how science and technology can serve the people…A science for the people’ like how the PHIL-LiDAR 1 program applications benefit the communities in Mindanao.

This was followed by technical talks led by Dr. Enrico Paringit, PHIL-LiDAR 1 Program Leader where he talked about the ‘Utilization of LiDAR Products in Achieving Resiliency as a Nation in the Face of Changing Climate’. Perspectives on flooding conditions and water-related concerns and issues of Luzon, Visayas, and Mindanao as presented respectively by Dr. Chelo Pascua of UP Baguio, Dr. Roland Otadoy of University of San Carlos, and Engr. Meriam Santillan of Caraga State University.

During the afternoon session, the attendees were oriented about how to use the flood hazard maps and how to use the LiPAD or LiDAR Portal for Archiving and Distribution by Mr. Christopher Uichanco and Engr. Ruby Magturo from the UP Diliman team.

To close the colloquium, Mr. Mario Rodriguez, Project leader of PHIL-LiDAR 1 thanked everyone who participated in the event, especially the LGUs. Following the colloquium theme, he noted that in retrospect, the flood hazard maps distributed were the culmination of years of ADZU LiDAR 1 team’s “buwis-buhay" hard work, they have delivered and their dream for Zamboanga has been realized.

Phil-LiDAR 1 program is a program managed by the Philippine Council for Industry, Energy and Emerging Technology Research and Development (PCIEERD) funded by the Department of Science and Technology which aims to produce flood and hazard maps for the 2/3 of the Philippine river systems through the use of Light Detection and Ranging System (LiDAR).