DOST TURNS OVER PROJECT NOAH OUTPUTS TO PAGASA, PHIVOLCS AND OTHER AGENCIES 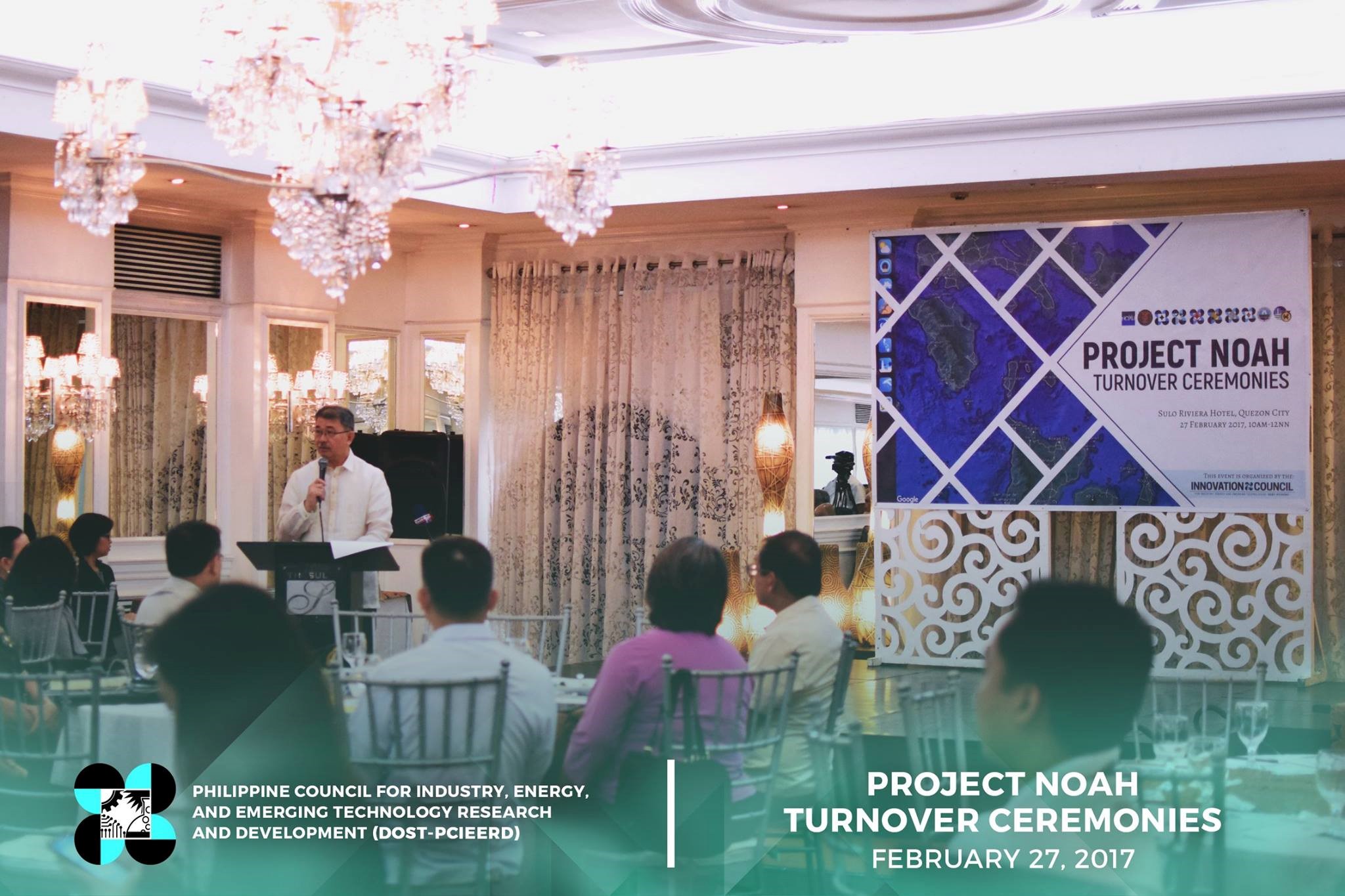 QUEZON CITY-- A day before its completion date, the different component projects of the Nationwide Operational Assessment of Hazards or NOAH Program were formally turned over to different concerned government agencies.

“The turnover ceremonies for Project NOAH that we are celebrating today also serves as a pledge--it is our way of reinforcing our commitment to the Filipino citizenry that we are here to ensure that we will never again revert to the times where uncertainty and fear for disasters and hazards are there,” remarked Department of Science and Technology (DOST) Secretary Fortunato de la Peña during the ceremonies.

He further mentioned, “It is our promise that we will be able to use to the fullest extent the powers of science, technology, and innovation to preserving the lives of Filipinos especially in the farthest part of our country.”

Moreover, Secretary de la Peña expressed his appreciation to the University of the Philippines for absorbing several key experts of Project NOAH and for ‘continuing to work in harnessing the technologies and maximizing the impact of disaster risk reduction activities offered by DOST PAGASA, PHIVOLCS and ASTI.’

In response to the transfer of tools and other NOAH outputs, PHIVOLCS Director Dr. Renato U. Solidum Jr., now DOST Undersecretary for Disaster Risk Reduction and Climate Change Adaptation, assured that they have already discussed how to fully utilize the outputs according to the recipients’ respective organizations. He ended his message by saying, “The legacy of Project NOAH will continue for the benefit of our countrymen.”

Project NOAH is the response of the Department of Science and Technology (DOST) to the call for a responsive program to battle the threats of disasters in the country. It uses cutting edge technologies that can provide a 6-hour lead-time to vulnerable communities against impending floods and can enhance current geo-hazard vulnerability maps. 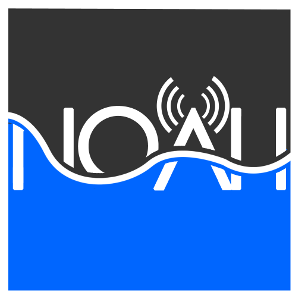 It is the integration of various component projects implemented by PAGASA, PHIVOLCS, DOST-ASTI, DOST-STII, and different departments from the University of the Philippines Diliman with funding from DOST.

This component involved the development and deployment of landslide sensors and data communication systems that comprise early warning systems for deep-seated landslide hazards. It was led by Dr. Joel Marciano formerly from UP Electrical and Electronics Engineering Institute (UP EEEI) now Director of DOST-Advanced Science and Technology Institute (ASTI), and Dr. Arturo Daag of PHIVOLCS.

CHASSAM enables PAGASA to deliver a more accurate and timely forecast through the updated storm surge models and generation of storm surge inundation maps of all the coastal provinces in the country. It was headed by Dr. Mahar Lagmay of the UP Diliman National Institute of Geological Sciences (UP NIGS).

Through WISE, PAGASA can now provide a 7-day forecast at 12 km resolution and 4-day forecast at 4 km resolution by enhancing the agency’s Numerical Weather Prediction and development of forecast accuracy validation protocols. This component was headed by Dr. Gay Perez from the UP Diliman Institute of Environmental Science and Meteorology (UP IESM).

This component conducted Information, Education and Communications (IEC) for the  different audiences of Project NOAH. Through information dissemination, it is aimed to prevent massive casualties and minimize loss of properties. This project was implemented by the DOST Science and Technology Information Institute (STII) led by Dir. Richard Burgos.

With DREAM, science and technology and social science were integrated to produce a proactive disaster preparedness planning and response. It used cutting-edge technologies such as light detection and ranging (LiDAR) and airborne radar interferometry to produce topographic datasets to assist in disaster forecasting. DREAM component was led by Dr. Enrico Paringit of UP Training Center for Applied Geodesy and Photogrammetry (UP TCAGP). 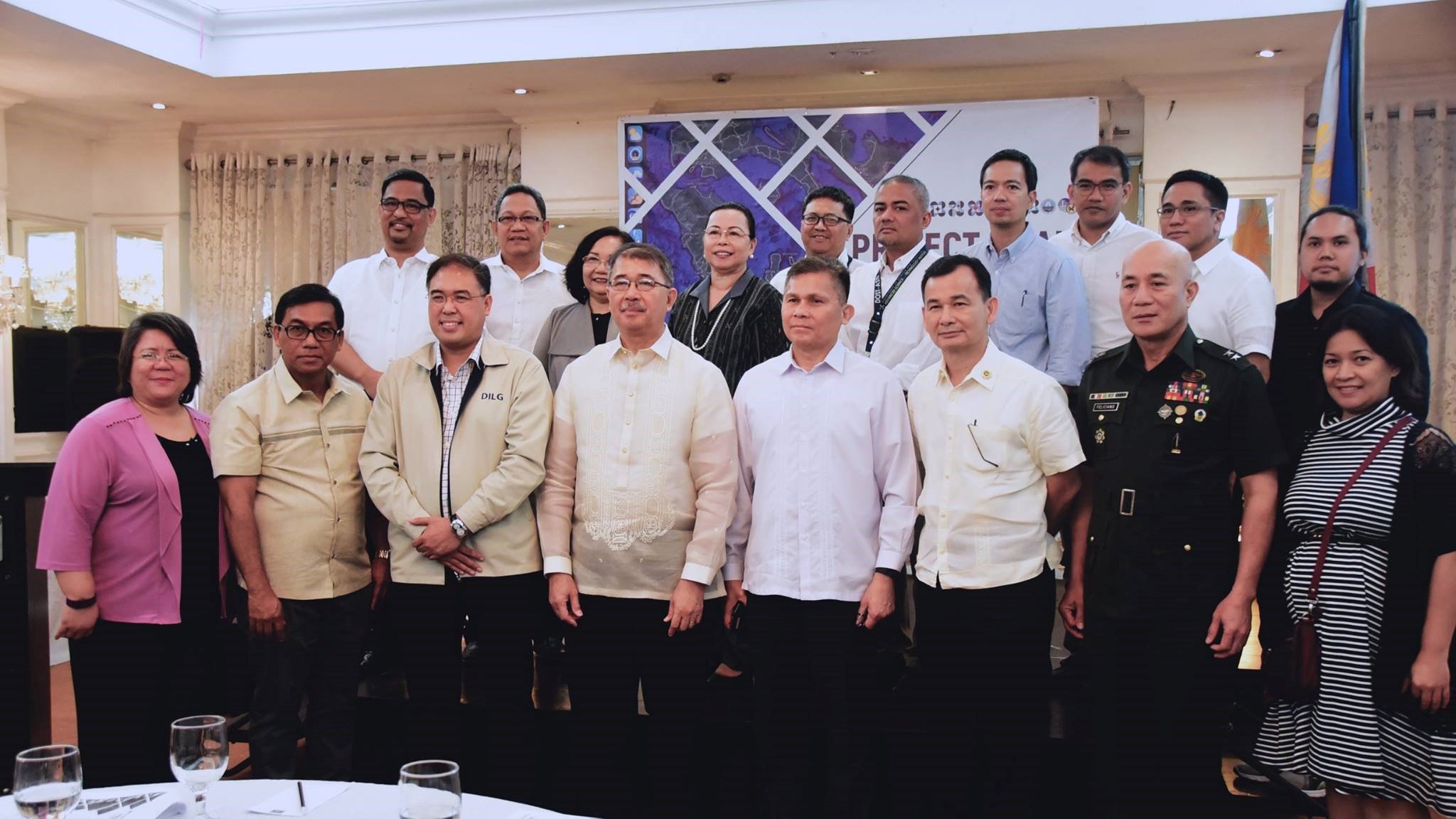